The Stark County Farm Bureau is asking voters to oppose the Stark Parks levy (Issue 20) on the March 17 ballot. Our concerns remain the same as last fall that the park district has not backed down from taking farmland for trails. We have been working with Ohio lawmakers to pass legislation that will either take away or allow another level of approval by an elected official before eminent domain can be utilized. Private property rights is at the core of our organization, and we will never be willing to accept the taking of land for recreational use.

We also have concerns with the parks’ 25-year plan. Stark Parks held public meetings and gathered input from those in attendance. The concerns voiced by taxpayers were flat out ignored. Bottom line, they want to continue to expand the parks throughout the county but at additional costs to the taxpayer. The renewal levy will give them roughly $7 million of our tax dollars to support their current programming and park/trail system but that will not be enough if they continue to expand. They are going to keep coming back to voters for more money if they want to push expansion. A more thought out approach would be a plan that would address current needs for upkeep and management of their grounds that will benefit all Stark County citizens. Just writing a blank check to an unelected organization is very dangerous and we must keep their feet to the fire when it comes to spending our tax dollars.

Stark Parks also needs to be a good neighbor when it comes to existing trails/parks. Noxious weeds are a major problem for farmers and we have asked them to come up with a plan for this costly issue. There is currently no such plan. They could unknowingly be spreading noxious weeds across the county just by mowing their parks/trails, which is why there needs to be a plan in place that they can adhere too.

Voting ‘No’ on the levy at this point is the only way to have checks and balances on an organization that does not want to listen to the public. They are not elected officials and they do not have to be accountable to the taxpayer, so they do not fear losing their spot on the board, plain and simple.

We do not want to see Stark Parks in the situation they are facing but they need to understand how we got here. You have to ask yourself where we would be at this point if they would work with the community instead of forcing their plans on us. Things would certainly be different. We hope that Stark Parks can see that they need to change their ways and work with all the taxpayers, not just the few that support them, no matter what the outcome is on March 17. 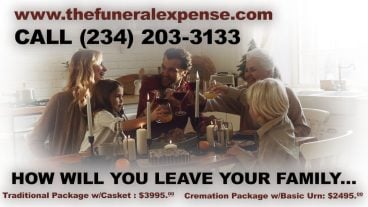